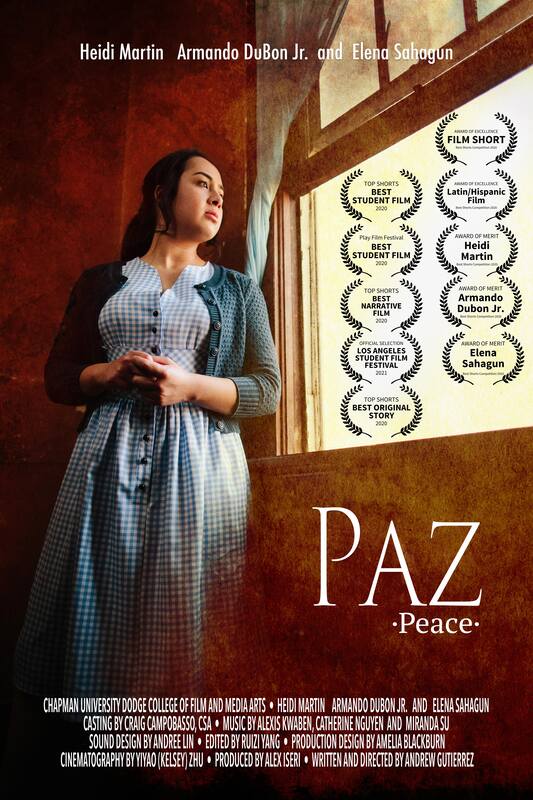 PAZ Nominated For An Award By The ASC Link to the article

​In the Summer of 2017, I went to lunch with one of my professors, while in my graduate film production program at Chapman University. He asked if I had decided on what film I would present for my thesis. I shared with him one of my ideas and he responded, “That’s too big, it needs to be shorter.” I shared another idea and he said, “That’s a feature film, not a short.” He then asked if there was a story shared in my family that is memorable. Then I began to reflect on some of the experiences my mother went through as a child.

That’s where this screenplay began. It started with a few stories that I wrote down but after talking with my mom several times, other stories began to surface. It is those anecdotes that have found their way into this screenplay. All of which, helped to shape her into a great and loving person, the kind of person I am honored to know and have as a mother.

As a director, I am always trying to find stories that uplift and tap into the enduring spirit people experience in their life. I can’t think of a better way to have ended my education for a masters degree then to tell the story of my mother’s courage and determination to find hope and peace. That is why I titled the film “PAZ” (Pās). PAZ in Spanish means peace.